Foivos winery since 2015 started an innovative method aging of wines under water: they were immersed in the sea at sufficient depth, bottles with red dry Mavrodaphne (vintage 2015) vinified first in amphoras, following the ancient Greek way! Alternatively, a number of the same bottles were placed - for simulation purposes - in a large cement tank at the winery and covered with natural fresh water.

Aging of red wines under water

They were submerged in the sea at sufficient depth, bottles with red dry Mavrodaphne of 2015, vinified in amphoras in the ancient way!

The Red wine usually needs a little oxygen for its proper aging, which is why so far worldwide we allow its oxygenation by aging the wine in barrels, that make it easier! Its aging under water eliminates the little oxygen it needs, but in the case of the vinification in the ancient way, this oxygenation (because the wine was vinified and stabilized in amphora) has already taken place through the pores of the clay walls of the amphoras;

The little oxygen present in the bottle seems to be sufficient for its development and for the various polymerization processes,- processes that happen in the bottle!

The constant conditions under water (constant temperatures, lack of light, near absolute oxygen absence) and the high seawater pressure on the bottle (1.5 t / cm2) allow the aging of wine away from its enemies!

Alternatively, a number of bottles of the Amphora red Mavrodaphne were placed in a large cement tank in the winery and covered with natural fresh water (that means with less pressure than in the seawater and in absolute darkness) for simulation purposes with the wines that are immersed in the sea.

The method, of course, aging under water in a tank is in many ways safer and we are waiting now to see, comparatively, the aging in conditions of salinity and very high pressure from the weight of seawater, in relation to the aging under the natural drinking water in the tank, with very low pressure.

Aging of white wines under water

With the same sinking in the sea of the red wine of 2015, we also placed 24 bottles of four white wine from our winery: Barcarola (free-run Robola 100%), Pandrosos (free-run wine of  4 Kefalonian varieties: muscat, muscatel, tsaousi and vostilidi), Vostilidi (free-run single variety wine from vostilidi or avgoustolidi or goustolidi) and finally Muscatel (free-run single variety wine from the strongly aromatic but very easily oxidized muscatel).
The aging of white wine under water is expected to give us a ripe and balanced wine that keeps the intense nose and the color of the new!
From the production of 2016 and 2017, we apply on a larger scale the underwater aging in white, rosé and red wines, both in the winery’s tanks and under the seawater!

Aging of wines under water 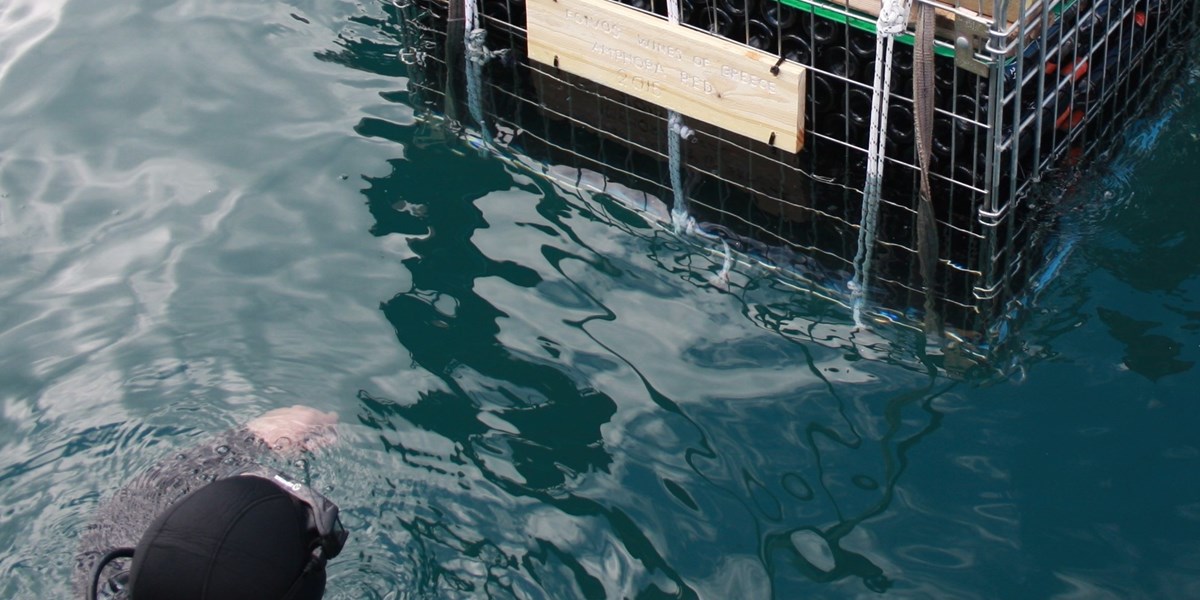 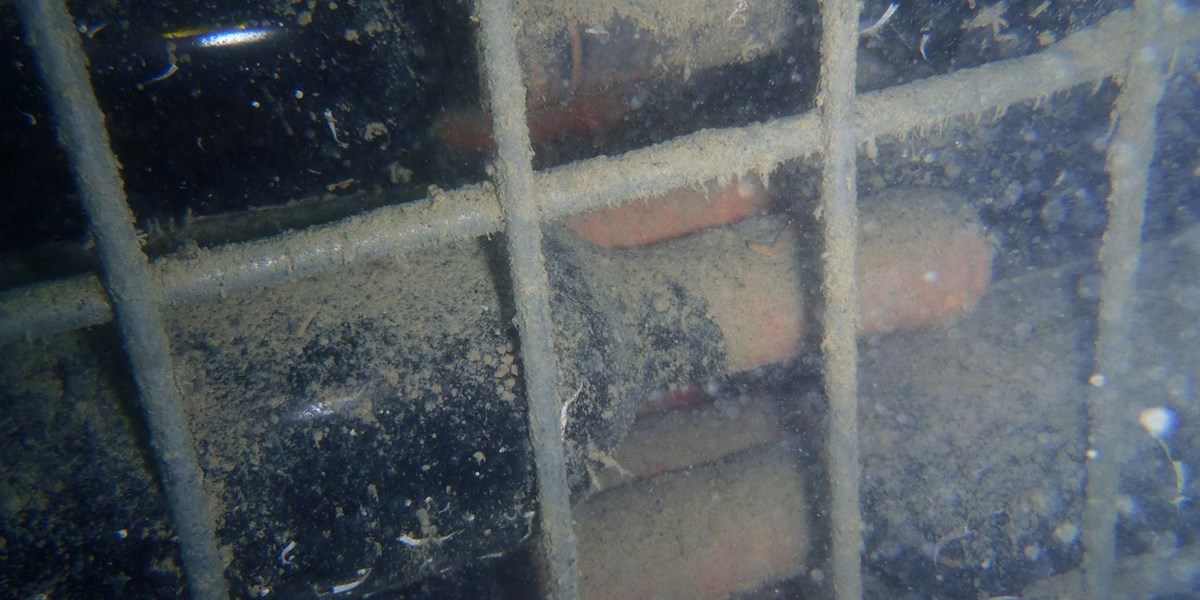 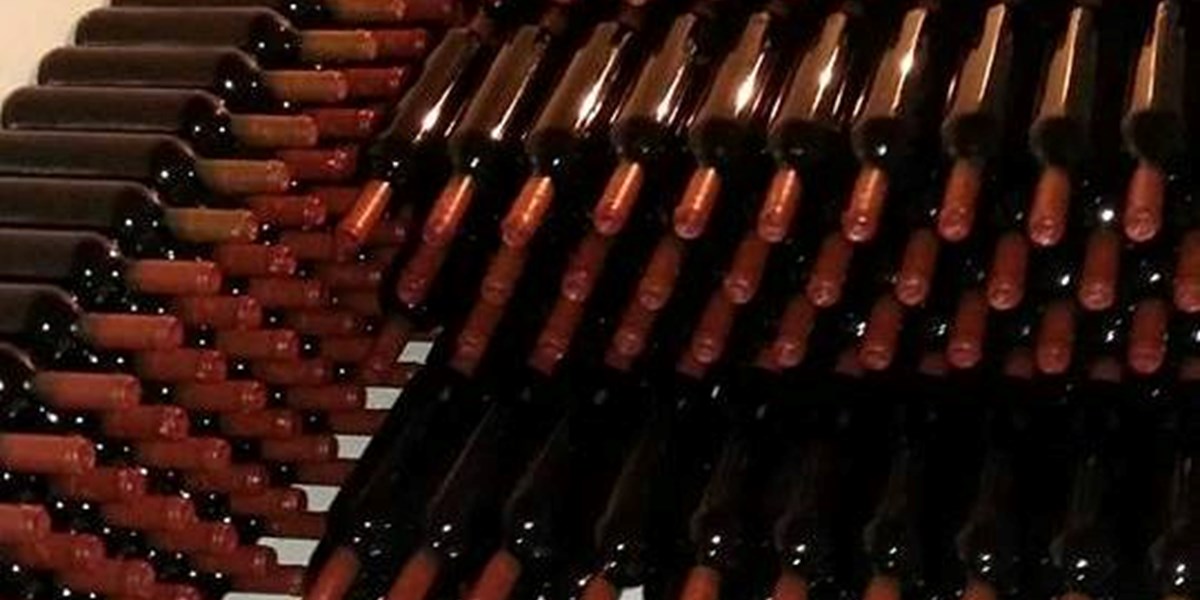 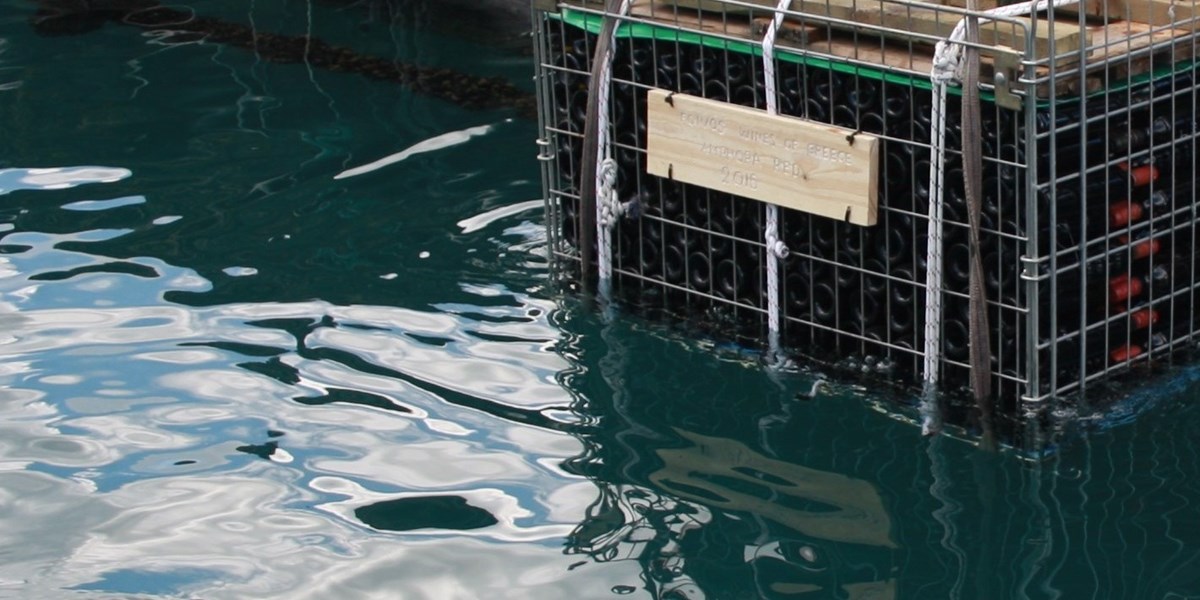